Posted in Commentary | No Comments

Spring has arrived early this year in New England. Last week’s snow throwers have been traded in for larger than a smart-fortwo lawnmowers—sure they cost the same, but the mowers have cup-holders. For those that are unaware, much of the region has been coping with floods. To say soils are saturated is an understatement.  Nonetheless, landscapers and gardeners have been out in full force since the day after the storm subsided. It got me thinking: there should be a top ten list of things not to do in the landscape; better yet, the Seven Gardening Sins. Then, it dawned on me. One of the world’s literary masters had already composed such a work: La Divina Commedia. 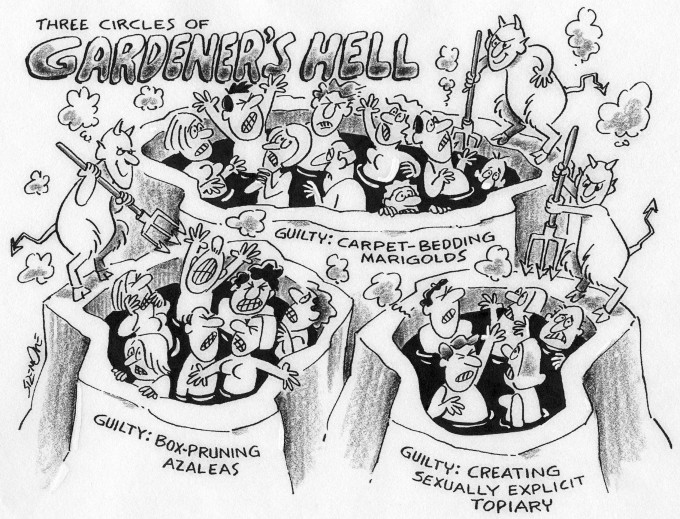